In Elvira Navarro’s brilliant mindbender of a novel, A Working Woman, Elisa becomes increasingly fascinated by her roommate, the more willful and dramatically unhinged Susana. Susana and Elisa set out to combine their artistic endeavors, only to become ensconced in each other’s madness in the process. Navarro picks 10 of her favorite Spanish-language books published this century.

This is a list of books available in translation on the American market, but written originally in Spanish since 2000 by young authors who have already shrugged off the insidious label of “promising” to become the real thing. They are works of fiction and autofiction, novels and short story collections that I have found stimulating. I have chosen young writers because I feel it would be more interesting for readers to explore new directions than for me to focus on authors who are already part of the literary canon, and so familiar to a great many people. Sangre en el ojo is a work of autofiction in which the Chilean author Lina Meruane imagines herself losing her sight and testing the love of her partner Ignacio, who has to act as her guide dog. The protagonist, whose progressive blindness threatens the very marrow of her being, demands of Ignacio the love that she is incapable of feeling for herself. Illness here becomes the motive for a brilliant exploration of commitment, identity and self-destruction. 2. Things We Lost in the Fire by Mariana Enríquez, trans. Megan McDowell

In her short story collection Las cosas que perdimos en el fuego, which has become an international bestseller, Mariana Enríquez offers a masterly reappraisal of the horror genre and a different view of reality, with a good dose of subtle political criticism and everyday distortion. And all this without the loss of the spine-chilling effects of the genre. The collection includes a child murderer, women who protest against gender-related violence by setting themselves on fire, haunted houses, and suburbs that act as a depiction of society as a whole. 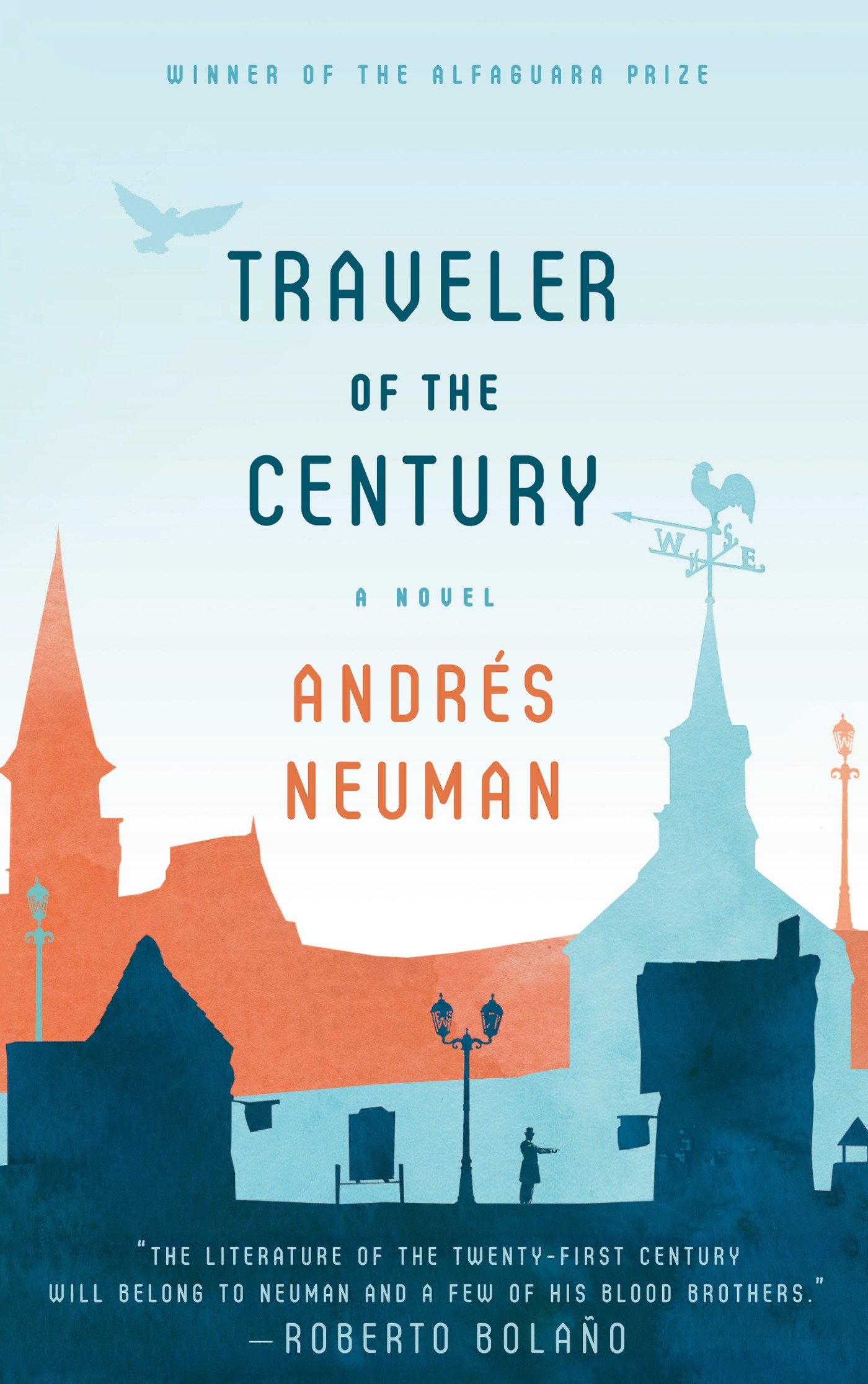 3. Traveler of the Century by Andrés Neuman, trans. Nick Caistor and Lorenza García

The Argentinian-Spanish author Andrés Neuman is, in the Hispanic world, the best-known writer in this selection due to the wide range of output and for having been awarded one of most prestigious of literary prizes, the Premio Alfaguara. Incisive, ingenious, intelligent, and ambitious: these are all adjectives that can be used to describe El viajero del siglo, a novel that plays in a very postmodern way with the genre of historical fiction through the character of Hans, a traveler who finds himself forced to leave his nomadic life behind when he meets Sophie, with whom he has a clandestine affair in an invented city. The novel attempts a fictional version of 19th-century Europe in order to shed light on the present, and succeeds in this task. 4. Signs Preceding the End of the World by Yuri Herrera, trans. Lisa Dillman

Mexican author Yuri Herrera is outstandingly original. In Señales que precederán al fin del mundo, he sets his very powerful literary skills to the task of following a young woman, Makina, on her journey north in search of her brother; a quest during which she must descend the nine steps of pre-Columbian mythology to arrive at the place of the Lords of Death. If readers relate this to Mexico and its frontier—with its tragic present reality— they are right to do so, and to draw their own conclusions. However, they should not stop there. Just as with Juan Rulfo’s Pedro Páramo, Herrera’s short novel does not copy reality, but creates a new one that transcends the concrete to address what is universal and essential: life’s rootedness in death.

Samanta Schweblin is another example of the excellent health of Argentinian literature. Best known as a short story writer, Schweblin’s novel, entitled Distancia de rescate in Spanish, was a shortlisted for the 2017 Man Booker International Prize, and is one of the most sinister portrayals of the mother-child relationship I have ever read. Schweblin’s writing is exceptional in its precision and for the way it utilizes silence. And silence, the power of what is not said, is what moves any narrative closer to poetry. Marguerite Duras said that great prose works are poems, and this is exactly my view of Fever Dream: it is a poem about condemnation. 6. Divorce Is in the Air by Gonzalo Torné, trans. Megan McDowell

Gonzalo Torné has received well-deserved praise both within and beyond the Spanish-speaking world as his novels display such astonishing ability and courage. His greatest virtue is the use of language to recreate that strange paralysis characteristic of the human psyche, and therefore its fragile identity. The novel charts the collapse of Joan-Marc’s life as he attempts to save his marriage to Helen. This task involves a revision of the past, the understanding that it is irreversible, and even fictitious in nature. The Chilean author Alejandro Zambra has published novels, short stories, poetry, and essays, and is a deeply meticulous writer who, with what appears to be captivating simplicity, manages to delve below the surface of experience. Formas de volver a casa, his third novel, addresses the Pinochet dictatorship through the memories of a person who was a mere child at that time. The crux of all this lies in the fact that History, with a capital H, the History to be found in books, never coincides with our individual versions of it. It is perhaps for this reason that any judgment, including the ones we make about the most atrocious actions, to some extent lacks legitimacy. Andrés Barba emerged at an early age onto the literary scene when he won the Ramón J. Sender prize for his first novel, and then the prestigious Premio Heralde, one of the most important prizes in Spanish literature, for his second book. Such Small Hands, his seventh work of fiction, offers a horrific vision of childhood through the story of an orphanage, with a narrative style reminiscent of Henry James. It is nothing unusual for Barba to address extreme situations with elegance, but without any attempt at disguise. In Such Small Hands something as common as child violence is treated sensitively, without censure, to show that darkness is also a component of the learning process. Las teorías salvajes, whose title evokes Roberto Bolaño’s Los detectives salvajes, is probably one of the most widely-commented-on novels, in both Argentina and Spain, for its brilliance and critical content. It skillfully mixes philosophy and anthropology with the vicissitudes of Rosa Ostreech to construct a humorous, courageous, and ferocious criticism of Argentina’s recent past. 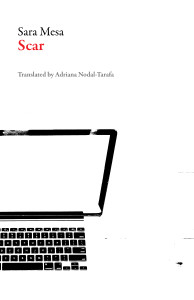 Cicatriz, by the Spanish writer Sara Mesa, is a disturbing novel about power relationships. On an Internet forum, Sonia, the main character, comes into contact with Knut, and what seems like a simple literary friendship becomes a nightmare in which readers can recognize themselves, as we all have a victim and a victimizer somewhere inside us. This, however, is not only a psychological thriller, but also a critique of the consumer society since part of Knut’s seduction technique involves stealing sumptuous articles for Sonia from large department stores. Mesa displays an outstanding ability to bring the essentially human into focus through her spare, precise prose.

By Amber Colón Nuñez http://depauliaonline.com/2017/10/09/spanish-language-music-versatile-think/ It seems like everyone knows “Despacito” regardless of whether or not they know what the Spanish lyrics mean. Throughout […]